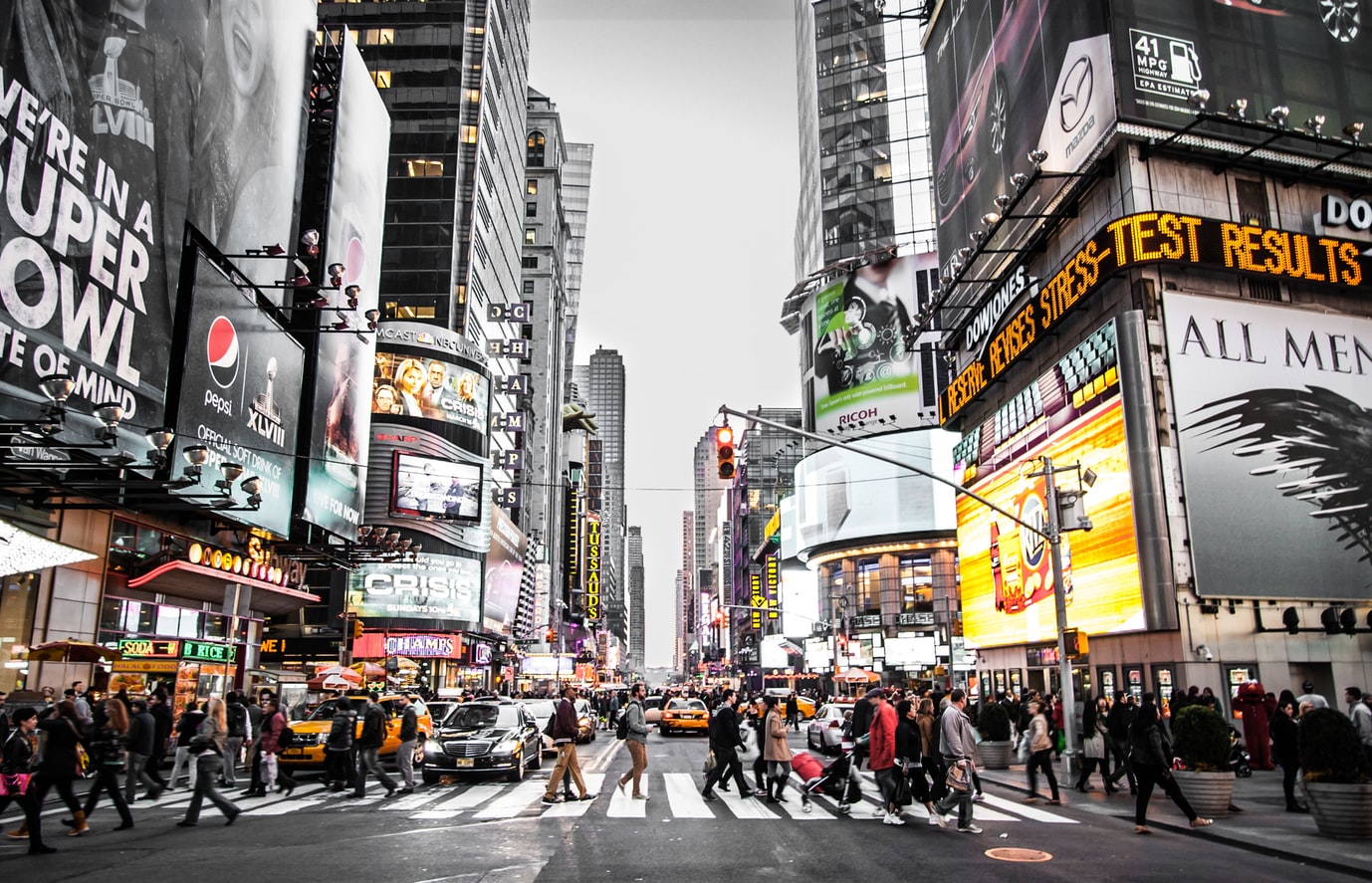 A question formed from observing the countless ads on TV, radio, and in papers over the last few months.

I love digital marketing. It has enabled us to target and understand our market faster.

Yet, it seems that we have built a belief that anything other than paid ads on Facebook and Google, is outdated.

What’s even more interesting, is how Facebook, in particular, has used traditional media as part of its campaign to rebuild its reputation following the Cambridge Analytica scandal. Encouraging users to continue to use their platform.

Putting to one side whether people still ‘trust’ Facebook (that’s a rant for another time), it’s interesting that companies such as Amazon, Google, and Facebook are using the very media they are meant to be replacing, rendering it ‘dead’.

Moreover, Twitter is now fascinated with outdoor billboards. From the BBC for Dracula, or Led By Donkeys who use tweets from politicians. There is life in the old dog yet.

IAB has demonstrated a resurgence in some media, a 5% increase in radio and a 5.7% increase in out-of-home (OOH).

The Drum, reported radio spending was up 12.5%, OOH advertising was up 5.3% and TV experienced 5% growth for the 19th consecutive quarter.

While it’s never a single entity, the GDPR and the PECR regs have made digital marketing more challenging.

Individuals being able to opt-out means our tracking cookies and systems become redundant. They put us in the same position as traditional media – lack of hard data.

It’s all about the data

One of the main benefits of digital media is how easy it is for us to report and optimise. We know the ROI to the penny. We have the numbers to prove the expense.

And I think this has helped to create one of the biggest silos in marketing – the digital silo.

Well, according to LinkedIn.

The noise has succeeded in convincing many that it’s the ONLY way.

For us to even consider trying other media, we must be able to prove the investment. Traditional media, by nature, presents a challenge. We can’t track it.

We can. Through digital. That’s the beauty.

It’s a tool. A powerful one. It’s not just another promotional channel.

We can merge offline and online to create integrated campaigns.

When a URL is included in digital media, we can easily link the relevant text and track it by building a link with Google’s UTM parameters.

These metrics can be picked up in Google Analytics (GA), and we can measure the performance of the media.

For campaigns running offline, it’s possible to implement the same system. Using the Campaign URL builder, you can use the Campaign Source and Campaign Medium to identify the specific outlet.

The generated URL isn’t exactly user-friendly.  So a vanity URL to transform this cumbersome web address into something short and memorable is recommended.  Many Content Management Systems (CMS) have their own set-up, or you can use plugins or third-party systems such as Rebrandly.

Include a tracking phone number

Systems such as Response Tap and Mediahawk enable users to create multiple numbers which can be used for different offline mediums (as well as online). Enabling us to discover which materials are performing and accurately record usage.

Our relationship with search is changing. We type conversational queries or ask Alexa, Google, or Siri to search the web on our behalf.

So, rather than a URL we can use a phrase as a call-to-action (CTA). For example: Search for Degree Apprenticeships at Bantshire University.

Using Phrase match for your Google AdWords, it would be possible to build ads around this term.

You could even vary the CTA phrases for posters, radio, TV and even print literature (i.e. prospectuses and brochures).

We can then use the stats from these ads to gauge the performance and efficacy of the media and creatives.

Driving traffic to a website is critical. All campaign material should be targeted at doing so. It’s the next step in the customer journey.

Rather than a single landing page to drive traffic to, you could set up multiple landing pages and align them to the individual mediums deployed. Use a tracking/vanity URL as the CTA on the creative.

If the pages have data capture, Google Tag Manager can then be implemented to measure conversions. The vanity URL with tracking can be picked up on Google Analytics (GA).

Asking for a reference code

An incentive to support lead generation. While also providing insight into which ads have been seen/remembered through a unique code.

An offer, competition, or to book onto an Open Day. Collecting this at the point of data capture will provide invaluable insight, and support future media planning.

A campaign should be designed around the customer (or student) journey.

Paying close attention to the impact of what your offline marketing is having on your online presence, is critical.

Using GA, it’s possible to see the impact on your direct traffic numbers, impressions, and click-throughs. Especially on Google Ads and other PPC campaigns.

Using offline media to encourage online activity, will create an integrated campaign impacting all performance metrics. Knowing the metrics that matter is half the battle when it comes to media strategising.

Don’t put all your eggs in one basket. You don’t need big budgets to integrate media, you need to build the media alongside the route-to-market.

After all, search is the second step. Not the first. Something must prompt the search.

What offline marketing tracking techniques have you used? Have you used any of the above? Let me know in the comments below, send me a tweet @CJPanteny, or get in touch.

And if you liked this blog, don’t forget to share it on your socials and bask in its ranty goodness.

See you next time.

This site uses Akismet to reduce spam. Learn how your comment data is processed.